You have Snowzilla, We have Super Bowl 50

“So, are you going to Death Valley for the Super Bowl?” asked a colleague recently.

“No. I don’t think Death Valley is far enough away,” I replied.

We’re denizens of Silicon Valley, and in my case, I live about three miles from Levi’s Stadium, the epicenter of the activities for Super Bowl week. Even the week before the week before the main event, we are seeing more weird traffic patterns, longer commutes, cities putting in “security” measures, less freedom of movement that is usually associated with big events like this one.

While we would never trivialize the experience of living through Snowzilla by comparing it to the Super Bowl, we do understand getting away from the hassle. So, here are a few local places to hibernate until the tourists leave. These day trip suggestions keep you close to the Bay Area, if that’s where you need to be, but are still a world away from the real-world hassles of Super Bowl 50. 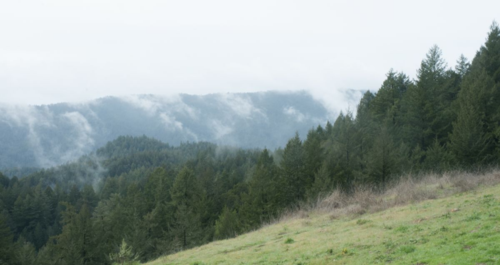 Fog curls over the mountain from Big Basin State Park

Close to the San Francisco Bay Area is Santa Cruz County, a virtual playground for anyone wanting to enjoy the great outdoors close to the Bay Area. The county has several state parks (Big Basin, Castle Rock, The Forest of Nisene Marks, Henry Cowell, Wilder Ranch, among many others) many of which protect the last tiny remaining stands of Old Growth Redwood forest on the San Francisco Peninsula. Big Basin, Castle Rock, Henry Cowell Redwoods and Wilder Ranch have trails appropriate for novice, intermediate and advanced hikers and walkers, so depending on what you’re feeling like or who you are with, you can tailor a walk to fit your style.

Wilder Ranch State Park has broad multi-use trails that have space for hikers, equestrians, and mountain bikers. The park also borders the bluffs that stand as sentinels to some isolated beaches if you’re looking for ocean-front solitude.

The Forest of Nisene Marks is in a category by itself: This heavily-forested park clings to the steep hillsides that rise from sea level to about 2,600 feet. There are several mountain bike trails, but they are narrow singletrack that require a proficiency in technical riding. A favorite hiking trail is the Bridge Creek Trail, which leads to Maple Falls, a seasonal little fall that should have a lot of water right now. Santa Cruz County also has a couple of dog-friendly beaches: Lighthouse Field State Beach, Mitchell’s Cove Beach, and West Cliff Drive. The rules are different for each one of these, so check them before you bring your four-legged best friend along.

The Forest of Nisene Marks