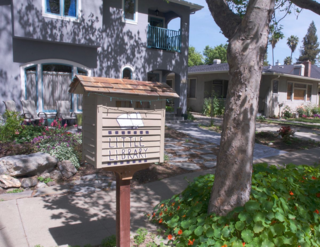 They are, literally, small boxes usually on pedestals or posts, that house books that people can borrow or replace with one of their own. An initiative started by two guys from Wisconsin, Todd Bol and Rick Brooks, it has gone beyond the boundaries of the United States so that now little free libraries can be found all over the world. In some cities here in the United States, there are no public libraries, so these little free libraries are the only means some people have to find free books to read.

The original mission of the Little Free Library movement was to “…promote literacy and love of reading by building free book exchanges worldwide and to build a sense of community as we share skills, creativity and wisdom across generations.”
I suppose that in this era of micro-this, and pop-up that, the idea of a free book exchange in the form of a small library would take hold. It certainly has in my community.

As the movement grew, these little house-shaped repositories have been controversial in some cities around the United States, falling afoul of zoning regulations. In some municipalities, the people who put up their own little free library were required to pay expensive permits, even for putting one up in their own front yards. In some areas, they weren’t allowed to be put up at all. That doesn’t seem to be the case here in San José, with four little free libraries to be found by bike within a very short distance from my house.

The city of West Hollywood, California, has also taken a different approach. Its leaders encouraged the movement by offering small, one-time grants to residents who wanted to build or buy their own little free library and maintain them for a year.

With a couple of books tucked into my pannier, I set out on my trusty two-wheeler to do a little tradin’ at my local Little Free Library. Around the corner from my house, I stopped and peeked in to see what the offerings were.

I replaced The Explorer's Code by Kitty Pilgrim with a book of my own and tucked my find into my pannier. I moved on to the next Little Free Library, down the street and around the corner. Nothing of interest in this one, so I rolled south to the next one on my list and swung the door open to peer inside. This one didn’t have too many books, so I placed another of mine inside and closed and latched the door.

On my way back home, I stopped off at one more box and checked the offerings. Not finding anything else that interested me, I pointed my bike toward home. I know that when I’m ready for something new, there will be new books to find. 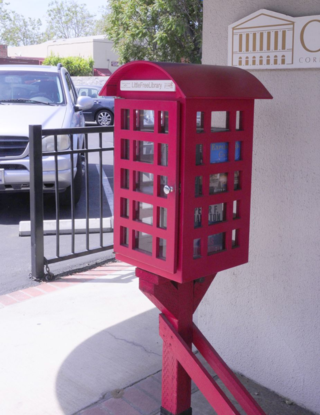 The day was hot and very bright. I rolled home with my new book and planned the rest of my afternoon. I think I’ll sit with a cold beverage and start reading my new books.