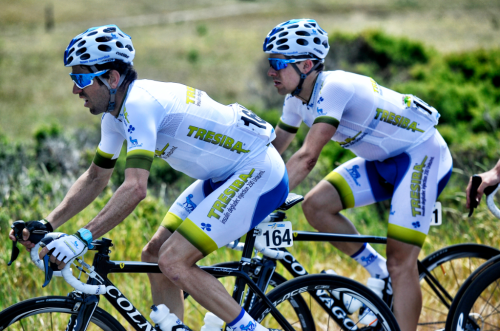 This week's guest post was written by David Bodick, of the Nutrition Education and Obesity Prevention Branch (NEOPB), California Department of Public Health

In May, three racers from Team Novo Nordisk reached out during a visit with the employees of the California Department of Public Health (CDPH), Nutrition Education Obesity Prevention Branch (NEOPB). The three racers represent a global all-diabetes sports team of cyclists, triathletes and runners.

The mission of Team Novo Nordisk is to inspire, educate and empower people affected by diabetes. The three team representatives, Matt Vogel, Ben Dilley and Tommy Neal, explained to the audience a little about their experiences as elite athletes with Type 1 diabetes.

All three have a passion for raising awareness and educating others about diabetes and shared their stories with CDPH employees as they responded to questions. 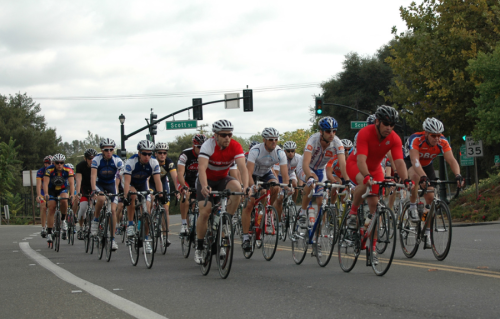 Dreaming of Olympic glory or just dreaming of beating the peloton -- get out and race!

Matt Vogel joined Team Novo Nordisk in 2013, but his ties to the organization go back to 2007 when he was a member of its historic Race Across America (RAAM) team, then known as Team Type 1. He was one of a team of eight cyclists that won the grueling 3,000 mile transcontinental race from the Pacific Ocean in Oceanside, California to the Atlantic Coast in Atlantic City, New Jersey. In doing so, they set a team race record of five days, 15 hours and 43 minutes.

Matt is a graduate from the University of Colorado and holds an MBA from U.C. Davis. He is currently Vice President of Marketing and Medical Affairs for the company.

Ben Dilley raced with the Team Novo Nordisk professional squad for two years in 2014 and 2015. He participated in the USA Pro Challenge and many other professional level cycling events.

After being diagnosed with diabetes at age 14, Ben’s sport of choice was cycling. Ben hid his diagnosis from friends and people outside his direct family. Cycling became an outlet for Ben and helped him manage his diabetes. When he heard about RAAM, he contacted Phil Southerland from Team Type 1 and expressed his interest. After some time on the Team Novo Nordisk development squad Ben was called up to the pro ranks.

Becoming an Olympian has long been a dream for marathoner Tommy Neal. While training for the 2012 London Games, Tommy was diagnosed with Type 1 diabetes. The diagnosis was a shock and mentally he wasn’t prepared. While Tommy still competed at the Olympic trials, he wasn’t in top form and failed to qualify for Team USA. Tommy runs between 100 to 130 miles per week and races about 15 to 20 times per year. Recently, he finished in the top 10 at the Copenhagen Marathon and won the LifeBlood 5K in Denver. 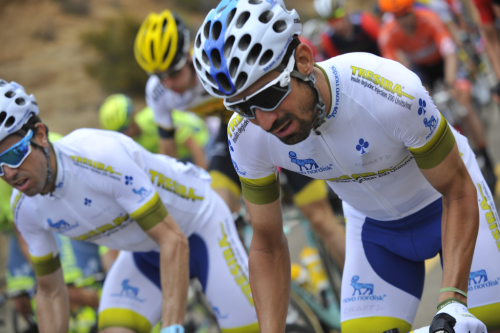 Q: What led you to find out you had diabetes?

Tommy: I was training for the Olympic Trials and wasn’t feeling right. Some of my times were down and I couldn’t figure out why. I saw the doctor and then found out. I didn’t want to accept it, but it explained a few things. Now that I know it’s actually much better. We’ve taken steps to manage it. My times are better and I feel better.

Q: What’s your favorite food to eat before a race?

Q: I ride a road bike. When I ride for about two hours or so my wrist hurts and sometimes my fingers will go numb. Any suggestions on what I can do?

Ben: I’ve had this problem too. It’s important to move your hands around the handlebars when you’re riding for a long time. Ride with your hands on top of the handlebars for a while, then switch to the drops, then use the horns. Do this repositioning before you feel any numbness and it should help. Also a good pair of gloves with padding helps.

Q: As athletes with diabetes, what has been your most personal accomplishment?

A: Matt: For me it was during our record setting ride in the Race Across America. As we were nearing the finish, I realized, yeah we are going to do this! Here are eight guys that rode 3,000 plus miles competing against other elite athletes without diabetes and we’re going to win. That was an incredible feeling.

Q: I do a lot of rides with my bike club; I want to beat some of the members going up hills. How can I get faster and stronger going up hills?

Ben: When you’re riding with your club or other group, pick someone you know is just a little bit faster than you. When you know a hill is coming up, position yourself right on their wheel and try to stay with them as best you can. You don’t have to pass them, just stay with them. You can also just ride more hills yourself, or do repeats for time on shorter hills. That can help a lot.

Q: Do you have to take your blood sugar level during a race? If you do, how do you do it?

Matt: Each rider has their own diabetes management plan, created with our team doctors. Through experience, each rider will check what’s happening with his body, and to help, they all have a wireless continuous glucose monitor that provides their blood glucose levels. They can check their monitor and see their real time numbers. If they’re out of target range, they may need to eat or take medication.