An Urban Taste of Ancient Egypt

For this week's Found by Bike, we go urban. Not offroad in the mountains as we did in Tahoe a few weeks ago or in South San Jose at Santa Teresa County Park as we did last week.

This week, we take an urban roll through a portal to a replica of the Temple of Amon located in Central San Jose. The temple is on the grounds of the Rosicrucian Egyptian Museum and Planetarium in San Jose's Rose Garden neighborhood.

The museum and its complex of gardens, a research library, planetarium and temple is owned and run by the Rosicrucian Order, and offers a taste of ancient Egypt in San Jose. 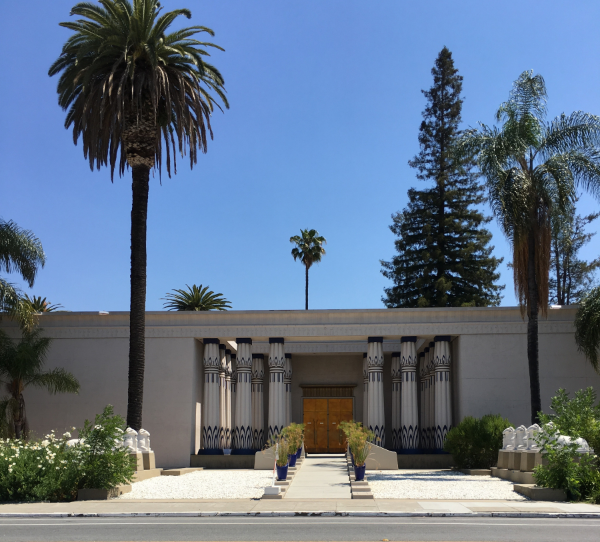 The Rosicrucian (as we locals call it) was founded by the Ancient Mystical Order Rosae Cruci or AMORC, as an educational and scientific endeavor. Harvey Spencer Lewis, as the order’s first Imperator, chose San Jose to be the order's headquarters at a time when Americans were fascinated by all things ancient Egypt. It was a time when interest in Egypt was fueled by explorations into the tombs at Thebes and in 1923, when British archaeologist Howard Carter stepped across the threshold of King Tutankhamen’s tomb.

The museum, when it was built in 1928, was located in an area that was mostly orchard and farmland. Lewis opened it as the Rosicrucian Egyptian Oriental Museum. Now the museum complex sits on a street with a bike lane, perfect for riding right up to its front doors and exploring its grounds.

Since its inception, the museum has been built into the largest exhibition of ancient Egyptian antiquities in the western United States. 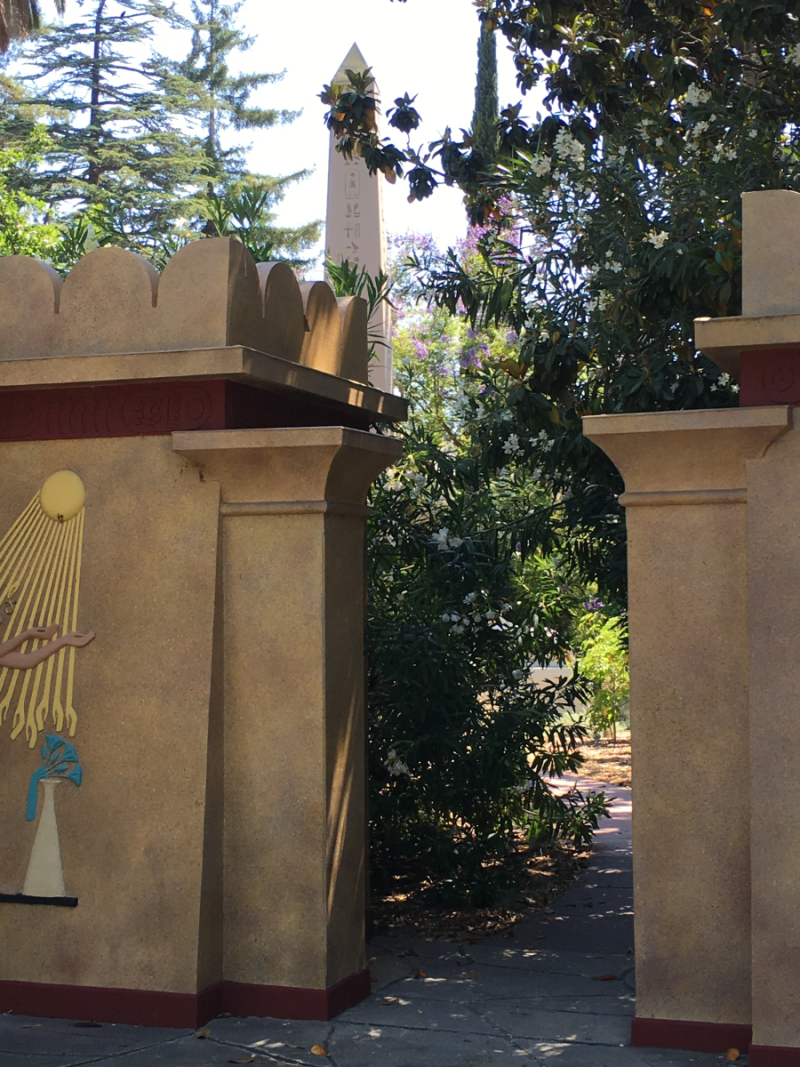 Through a side portal Rosicrucian Park beckons

Once inside, the world of ancient Egypt and its mysteries beckons. Or rather, the museum's collection of mummies, statuary, masks, programs makes for an interesting afternoon out. Where else can you arrive on bike and wander around buildings built in the Egyptian style?

The museum also houses a composite replica of a rock-cut tomb to give visitors a taste of what it might have been like to be the first foreigner to open a tomb. The exhibits include artifacts that span history from Egypt's dynastic times through the early times of Islam.

However, for me, the star are Rosicrucian Park's exterior grounds. Glorious with color in the spring, a cool respite from the hot sun in the summertime and a quiet space for contemplation on a crisp fall day, the grounds are my favorite place to get away. Although located at the confluence of two busy roads, the noise and the bustle seems to fall away once I walk through the portal at the corner of Park and Naglee. 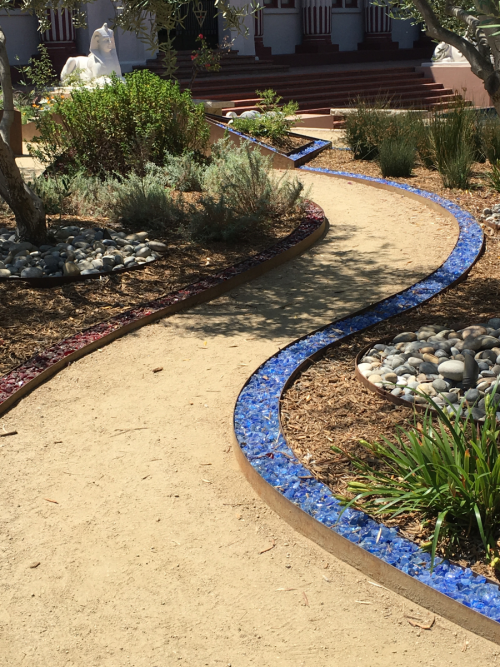 Paths wind through to the Peace Garden

Surrounded by these buildings built in either the ancient Egyptian or Moorish styles, the walking paths take you past the Peace Garden, planetarium, museum and research library and the Rosicrucian temple itself. The paths have benches just perfect for resting after a long bike ride or for sitting and contemplating

An added bonus is that it doesn’t cost anything to walk the gardens or sit in a shady alcove off the one of the paths.

The gardens are laid out in a labyrinth in the design of the Chartres Labyrinth in France with California native plants lining the paths. Along its paths is the Peace Garden, a reproduction of the type of gardens found during Egypt's 18th Dynasty. Most of the plants have a use, either as food or medicine. The Peace Garden also has a reflection pond with koi and floating lotus. Palm trees arch over the pond and paths, providing needed shade on hot summer days.

A stroll along the paths took me to the library; I knew immediately which building it was by the bas-relief of kneeling scribe on the wall above the entrance. This library houses rare books that relate to Rosicrucian studies.

The planetarium is located in the green-roofed Moorish-style building and offers daily programs about space. It was the fifth planetarium built in the United States. Admission also gets you into the planetarium shows, one of which runs every day at 2 p.m. There are two others, Cosmic Collisions and 3D Sun, that take place Saturday at 3:30 p.m. and Sunday also at 3:30 p.m., respectively.

What is Rosae Crucis?

According to the AMORC website, the name is Latin for Mystical Order of the Rose Cross. Also, there is no religious connotation with the rose cross; the cross represents the human body while the rose represents the individual's unfolding consciousness. On a more prosaic level, the rose and cross represent the experiences and challenges of a thoughtful life well lived.

The website also explains that the Rosicrucian Order is an educational and charitable organization that encourages the study of the metaphysical laws that govern the universe. It’s not a religion.

If you want to see the wonders of the ancient world, admission to the museum is $9 for adults, $7 for seniors, and $5 for children under age five, but Wednesdays through Fridays from 4 p.m. to 5 p.m., admission is free. Admission also gets you into the planetarium shows, one of which runs every day at 2 p.m. There are two others, Cosmic Collisions and 3D Sun, that take place Saturday at 3:30 p.m. and Sunday also at 3:30 p.m., respectively.