The deluge is on! Californians are exchanging hip waders for their bikes and staying at home to avoid the the crazy rain they’ve experienced. For those days when getting your mileage in just isn't appealing, we at Found by Bike suggest having a bike movie-a-thon with some or all of these films and stay in with your best movie-watching buddies.

These suggestions aren’t all-inclusive; they aren't necessarily the BEST bike movies or the WORST. They are simply escapist: some bike fantasy, some documentary, with some road riding and some guaranteed to appeal to the knobby-tired set.

So make up a bowl of organic popcorn and spend the rainy hours on the couch! These movies are guaranteed to remind you of the fun you have riding your bike. 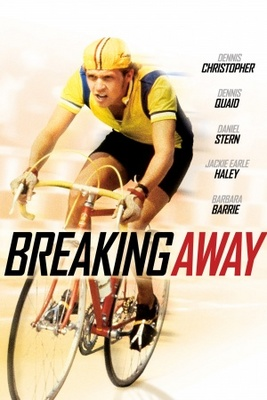 For fans of the most thrilling and memorable car chase scene in American cinema, director Peter Yates brought the ethos of Bullitt to Breaking Away, 1979's coming of age story with the penultimate action happening at the University of Indiana’s Little 500 bike race. Dave, as played by Dennis Christopher is the ultimate Italian race-scene-crazy fan who learns about life, friendship and never giving up hope all centered around the climactic sprint to the Little 500 finish line. The movie is also notable for the film debut of Dennis Quaid as Mike. 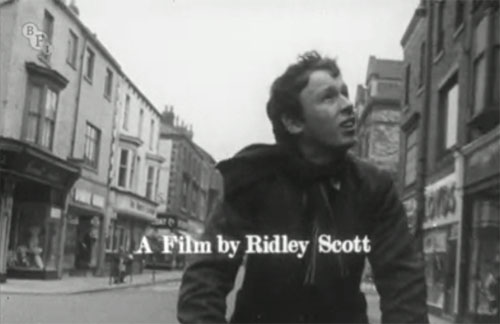 Before the explosions, car chases, and gladiatorial battles, there was Boy and Bicycle, Ridley Scott's first movie, produced in 1965. This short film features Tony Scott, the director’s younger brother, as the boy with the bike.

The film follows young Tony as he cuts school and spends his time wandering on his bike. As a slice of life story, Boy and Bicycle lets us listen to Tony’s thoughts as he wanders out to the local beach and fairgrounds. Boy and Bicycle can be found on the dvd of the first feature length film Scott produced called The Duellists.

Okay, this one just had to be on the list. (Practically every other bike movie list has it as well.) Kevin Costner started his sports movies career with a bike race movie in 1985 called American Flyers. Estranged brothers Dr. Marcus Sommers (Kevin Costner) and David Sommers (David Grant) bond over a trip to the Rockies to train for and compete in the Hell of the West bike race. The film is notable for its featuring the 7-Eleven Team that went on to become the first all-American race team to compete in the Tour de France and Giro d'Italia during the 1980s. 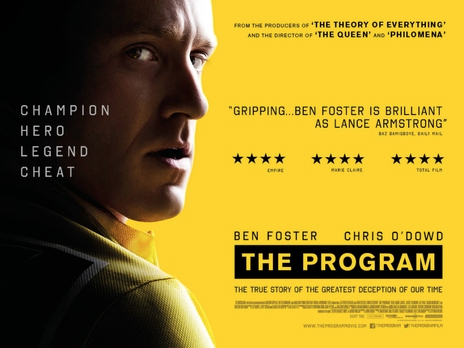 Pulled from the headlines, as the newscasters used to say, The Program dramatizes the book Irish sports journalist David Walsh wrote about his 13-year pursuit of the truth behind Lance Armstrong’s Tour de France wins.

Star Ben Foster channels his inner Armstrong, from his intense gaze as he mows down the opposition from the saddle of his Trek, to the hostility he radiates at reporters during his post-race press conferences. For anyone who read the book, Seven Deadly Sins, My Pursuit of Lance Armstrong, the movie hits most of the highlights of the Armstrong story, but not necessarily the detail. 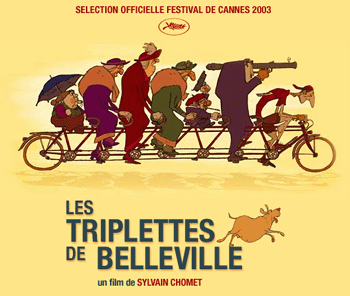 The Triplets of Belleville

Kidnapping, the French Mafia, and le Tour de France are brought together in Triplets of Belleville, a movie that became the first animated film to be nominated for Best Picture honors at the Academy Awards in 2004. This one is notable in that in addition to being a cartoon feature, it also has very little dialog and most of that is in French. In addition to the bike racing, The Triplets is about love: That of a grandmother for her grandson, loyal dog for his master, and a boy for bike racing.

There was a time when Hollywood was really cranking out bicycle movies, wasn't there? In 1986, Quicksilver hit the screen with a young, goofy Kevin Bacon as a washed-up floor trader turned bike messenger.

Can an options trader change careers and save the farm (in this case, the farm being the Quicksilver messenger service that he joins)? While most folks agree the film is so bad, it’s good, we're giving the soundtrack props for being outstanding (we like 1980s music).

For those movie buffs who like their riding on trails, here are a couple of documentaries about mountain biking to fire up your imagination. 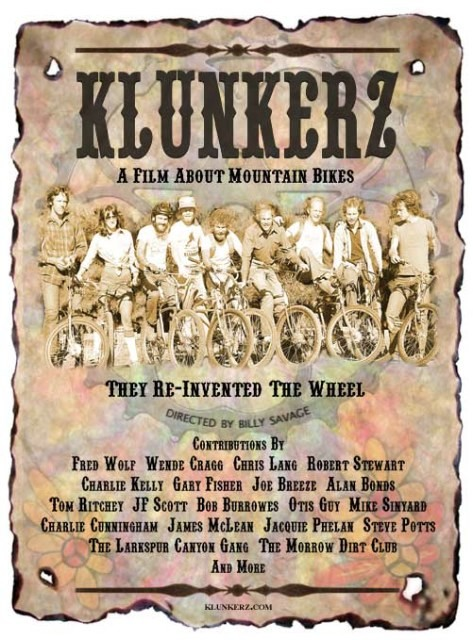 Back before Specialized Bikes was just a twinkle in Mike Sinyard's eyes, racing balloon-tired bikes in the mountains became a thing in the 1970s. Klunkerz focuses a happy lens on the pioneers of mountain biking -- when they were teens. This is the story (legend, maybe) of Tom Ritchey, Joe Breeze, Charlie Kelly, and Gary Fisher, who rode clunkers -- essentially, vintage Schwinn cruisers -- in informal races they called the Repack Races.

Where the Trail Ends

Spectacular terrain, wide open vistas and narrow, unspoiled singletrack are on display in this movie produced for Red Bull TV. Darren Berrecloth, Cameron Zink, Kurtis Sorge, James Doerfling, and Andreu Lacondeguy, a group of freeriders search for unridden terrain all over the world.

The term "freeride" isn't used much anymore, but it came originally from the snowboarding world. Nowadays, most people don't freeride, but the spirit of exploring new territory on a bike comes through Where the Trail Ends in the dramatic scenery of the world's most remote singletrack trails. In a way, this is a vintage movie about a time when people used their mountain bikes to explore the wide world outside their own.

We loved Klunkerz! Great slice of mountain bike history from the guys who were a part of making it happen!

Hello,
Thank you very much for mentioning my passion project, Klunkerz. I'm glad some folks have as much fun watching it as I had making it. If you guys need an extra shop copy, I'd be happy to send you one. Thank again for the kind words. Made my day.
Ride on,
Billy Savage
writer/producer/director
KLUNKERZ