While sheltering to ride out the pandemic, we at Cycle California! HQ did an archaeological dig through our bookshelves. We culled through books on bike maintenance, old maps, and stories of racing passion, intending to donate them to the local library. In the midst of these books was one we'd been meaning to highlight when it came out in in 2015, The Cyclist’s Bucket List, A Celebration of 75 Quintessential Cycling Experiences, by Ian Dille. 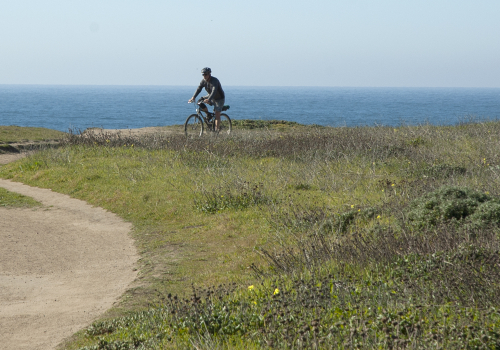 Good intentions aside, it's now 2022 and we all want to get out and have new experiences on our bikes. What better time to read about bucket list rides and think of fulfilling some of those dream bike rides?

The Cyclist’s Bucket List fans the imagination with photos and stories of exploration by bike. Some of the rides are in regions not typically thought of as cycling oases, such as Wuling Pass in Taiwan or India’s Leh-Manali Highway. The book also documents rides closer to home — for example, Oregon's historic Columbia River Bikeway and several rides in the San Francisco Bay Area.

We took to social media to ask our followers if they had a list of bucket rides.

Miles Ramseyer wrote, “I don't have a bucket list, I have a Bikeit List.” Actually, he has two Bikeit Lists: one for road riding that includes the Going to the Sun Road (which ran in Cycle California! in January, 2020), Dante's View overlooking Death Valley, the Crater Lake loop in Oregon, and Utah’s Arches National Park.

Another follower, Kari Sumner, pointed out, “Right about now any riding is bucket list; be safe people.”

Oren Noah wrote in his expansive post, “My big bucket list ride was the [Arthritis Foundation’s] California Coast Classic,” which he has now ridden four times. Owen started training for the ride in 2015 when he weighed nearly 350 pounds and was recovering from a total knee replacement necessitated by arthritis. He rode the entire route in 2016, “…after losing 95 pounds and putting in more than 8,000 miles of training.”

A couple of our writers weighed in with their own ride lists, as well.

Cycle California! contributor Jennifer von Geldern writes about all things bike and owns enough bikes that she has to keep a service log detailing when they all were last serviced. She wrote “Living the N+1 Life” for the March 2020 issue of Cycle California!

Jennifer dreams of taking a paid bike tour through Holland and Belgium, “because [those places] are known worldwide for being bike friendly, and I would love to immerse myself in old world bike culture.”

On the east coast of the U.S. she would like to do the the 331-mile Fall Foliage Classic because, “Fall is my favorite season and I'd love to see the spectacular colors by bike and be catered to by a bike tour company.”

Closer to home another of Jennifer’s bucket list rides is the Best Buddies Challenge from Monterey down the California coast to Hearst Castle. “California’s coast is second-to-none for jaw-dropping scenery, and to experience it by bike would be heavenly.” 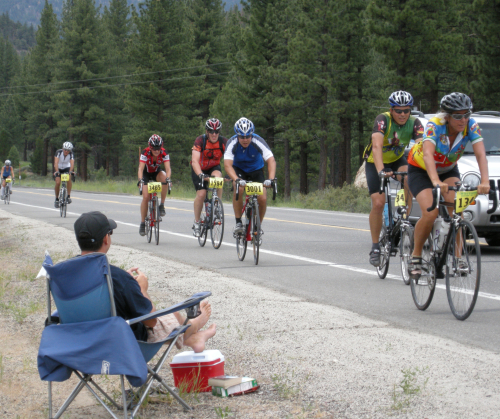 The Death Ride adds challenge to just about any bucket list!

Bo Crane, who has written several stories for Cycle California! about taking on the Death Ride outside of Lake Tahoe, explains, “So many bucket list rides I’ve already done: The Death Ride, rides around Lake Tahoe, rides around Crater Lake.” He has done the Devil Mountain Double, and rode from Palo Alto to the top of Mt. Diablo and back in one day.

“I’m just a big fan of the Sierra and the riding season is so short there. I’ve biked Sonora Pass but never over to Bridgeport. That’s the one I really want—was too snowy,” when he tried it.

Dan Shryock regularly rides around his home in Oregon. He wrote the January/February 2022 story about the Tour de Chutes out of Bend, Oregon recently, and wants to do the iconic ride to the top of Mt. Ventoux. “I've never climbed it. It may take a few rest stops but I want to make it to the top.”

Dan also wants to ride Gino Bartali's route from Florence to Assisi, Italy. Bartali was a champion cyclist in the 1930s and '40s. When World War II stopped bicycle racing, Gino was allowed to continue training by riding between the two cities.

“The Nazis did not know he was, in fact, smuggling forged identification papers in his bike. His rides saved more than 800 Italian Jewish lives. I want to ride his route out of respect.”

We hope these ideas inspire you. Your bucket list ride can be close to home or far away, or any place you dream of!

This is only a preview. Your comment has not yet been posted.

The letters and numbers you entered did not match the image. Please try again.

As a final step before posting your comment, enter the letters and numbers you see in the image below. This prevents automated programs from posting comments.

Having trouble reading this image? View an alternate.

Comments are moderated, and will not appear until the author has approved them.

(Name and email address are required. Email address will not be displayed with the comment.)